Influences of a Self-Made Woman: The Early Journals of Frances Willard 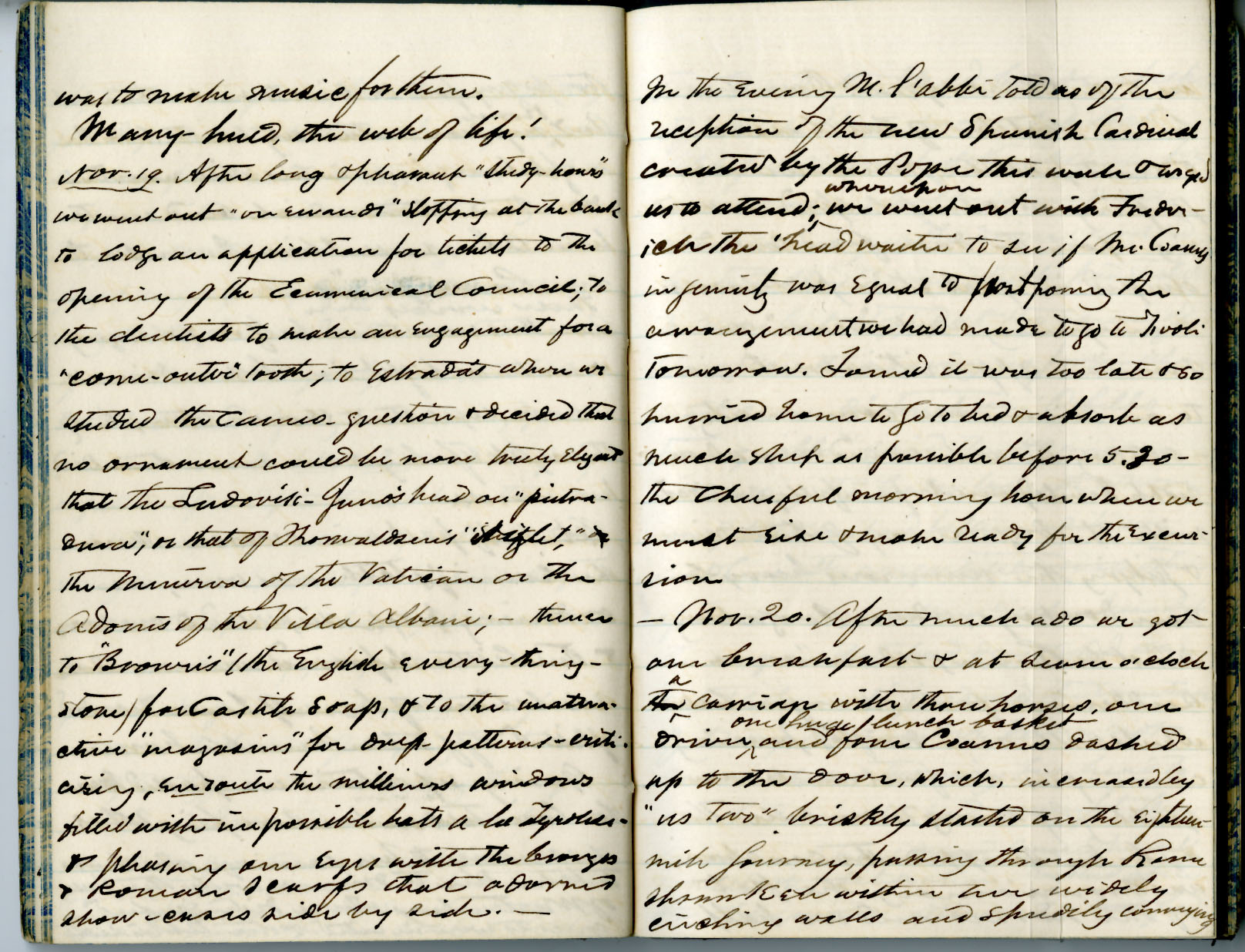 The history and memory of Frances Willard celebrates the legacy of a proclaimed “self-made woman.”  Historians of Willard cite her devotion to the women’s suffrage movement, social activism, and political determination as the pillars of her life’s work, which she built as a feminist leader.  Despite Willard’s groundbreaking work remembered throughout the middle and end of her life, much is yet to be analyzed about her early influences.  Willard’s legacy is preserved in the journals that she wrote from 1855-1896, but much of the analysis of her life examines the latter journals where she writes about her national and global projects.  Fortunately researchers have access to a glimpse of her early life through the now digitized journals that Willard kept.